Welcome back to our series of blog posts reviewing drawing styluses. If you're catching up, the tl;dr is that we test a lot of styluses and devices while creating the collaborative whiteboard software that is Limnu, and we thought we'd tell you what we've learned about those styluses. You can find the previous post here.

I'll start with the Rechargeable Apex 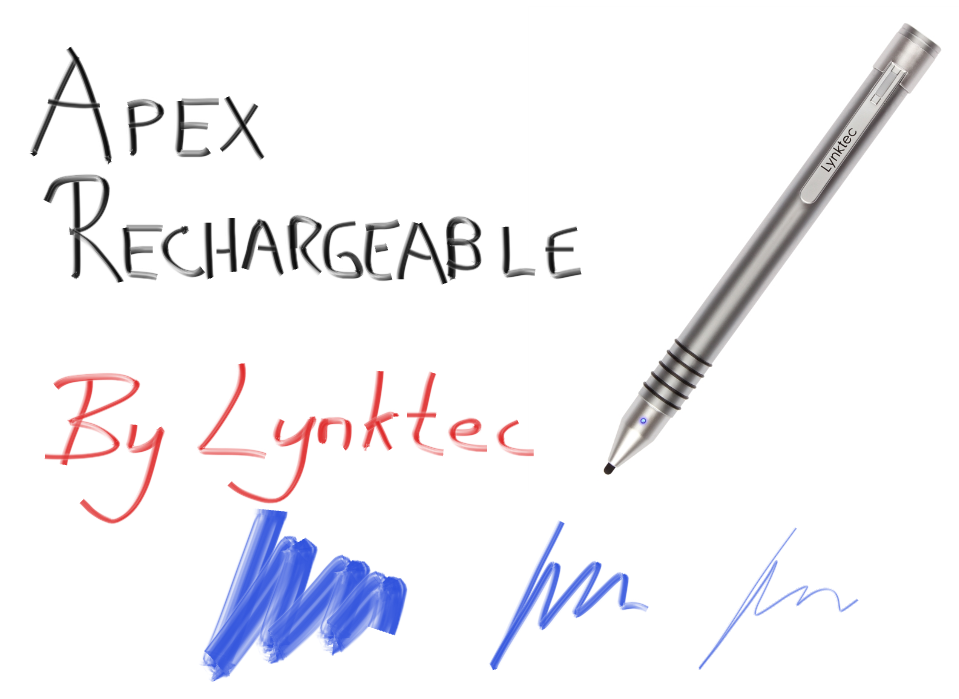 The Apex uses the same technology as the Pinpoint stylus :  The pen is powered to generate a field, not to communicate with the screen.  The difference is that while the Pinpoint requires a AAA battery, the Apex has a mini-USB jack under the "lid" for recharging.  I like this a lot more, because if I run out of power I've usually got a way to charge the Apex, but I might not have a AAA battery charger on me.

I also prefer the weight of the Apex; maybe that's related to the battery situation. It's significantly lighter than the Pinpoint, and it also feels more balanced.  The Pinpoint's weight is up under the cap where it stores the AAA, but the Apex distributes its weight more evenly, making it easier to hold. The Apex also has a slightly smaller circumference than the Pinpoint, as well as some very comfortable grip bands.

In my last stylus review, I mentioned the Pinpoint's tip moves very smoothly over the glass of a screen. The Apex stylus goes in the other direction: it adds a noticeable amount of friction, and the tip even squishes a little when you push on the stylus. This can make the drawing experience feel a little more like a more traditional medium. My only complaint about the Apex is that it takes this a bit too far for my liking. I'd prefer something halfway in between the two. But that's just a personal preference. Everyone is going to want a slightly different feel.

The Apex is my go-to stylus for Limnu (and other apps) when I'm moving between a lot of devices. Since I don't have to pair it, I can use it on just about any touch screen device. The only time I pick another stylus over the Apex is when I need a specific or different feel (e.g., if I'm painting and want something like last week's Sensū Solo brush stylus), or if I'm using a device that has a specialized stylus. I'll be talking about those in a future post in this series.

Next up is the Pencil 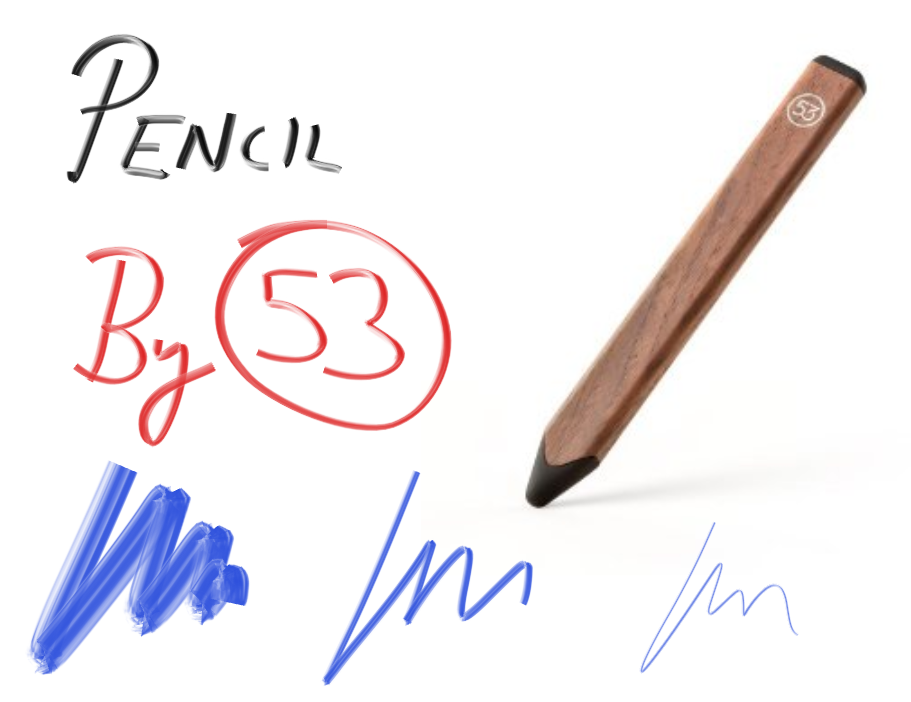 Fifty Three's Pencil is sexy. It's arguably sexier than the Apple Pencil (we'll get to that one in a later post). It looks like no other stylus out there. Its carpenter pencil shape fits well in your hand in multiple orientations and grips, and it's very well balanced. You can flip it over and use the blunt end as an eraser. It can sense where your wrist is hitting the screen and not let it interfere with your drawing (that's called "palm rejection"). It's even got a slick way to sync it with your iPad over Bluetooth... which leads us to some of the problems.

The Pencil doesn't require that you sync it... but without syncing, many of its features don't work. The eraser end acts the same as the drawing end, there's no palm rejection, and so forth. You can only sync it with an Apple device; there's no support for Android or Windows. (It still works as a stylus on non-Apple devices, just without the syncing features.) And all those features you get with syncing only work if the app you're using uses Fifty Three's Pencil library (also iOS-only), and right now that's limited to a small handful including Fifty Three's Paper app.

Limnu doesn't yet use the Pencil library, so we don't yet support all those extra features. So the question is: If you just think of the Pencil as any other stylus, how does it hold up to the competition?

The shape and balance are great, but what bothers me is the tip. It's really big and blunt, so it always feels like I'm drawing with a fat marker or giant crayon, no matter what I see on the screen. In fact, it's so big that I sometimes can't see what I'm drawing. I much prefer the fine tip of the Apex.

And in the meantime, make sure to give Limnu a try. It's the best virtual whiteboard out there!